What is Metal Stamping?

Ⅰ. What is metal stamping?

Typically, metal stamping takes cold metal and places it between dies, although some processes use heated material. Pressed material forms the metal into the desired shape. Often, these shapes create tools or components for larger creations. Sometimes, some in the manufacturing industry may refer to metal stamping as pressing.

Stamping dies within the machine either cut metal or form it. These molds have specific designs for each project. While it takes a while to make a mold, once the mold is complete, the stamping process happens quickly.

This process allows the production of large numbers of identical parts. Stamping may be one step in the creation of many parts, or it may be the only step. Stamping, blanking, embossing, flanging, bending and embossing are some of the stages a metal may go through during the stamping process.

The versatility of stamping makes it an ideal production method for industries such as automotive, military, mass transit and manufacturing, as well as many others.

The type of punch used depends on the desired finished product. Precision, hot metal and progressive die are some of the most commonly used stamping processes.

The high precision of this stamping method allows the formation of complex designs that must strictly adhere to their specifications. You can use precision stamping on components with length tolerances of 0.001 to 0.002 inches and roundness tolerances of 0.0005 to 0.001 inches. Aircraft components, engine components, electronics, telecommunications equipment and prototypes are often made using precision metal stamping.

A variation of this process is micro-precision stamping. This method enables the fabrication of complex parts for the electronics or medical industries that are as thin as 0.002 to 0.005 inches thick.

Progressive stamping, also known as progressive die stamping, moves a piece of metal through multiple stations, each of which performs a separate operation on the metal. During these various stages, the sheet metal remains attached to the long strip of material. The final machine cuts the finished product from the metal strip.

Progressive die stamping is an excellent choice when choosing a manufacturing method for long-term processes that require high volume production. The mold lasts a long time and the process generates minimal waste.

When creating larger parts that may require a different press, you will need to stamp with a transfer die. This process differs from progressive stamping in only a few small ways. The workpiece is separated from the metal belt earlier, and the conveyor belt transfers the workpiece from machine to machine. 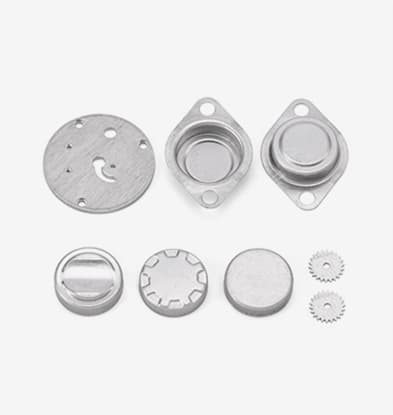 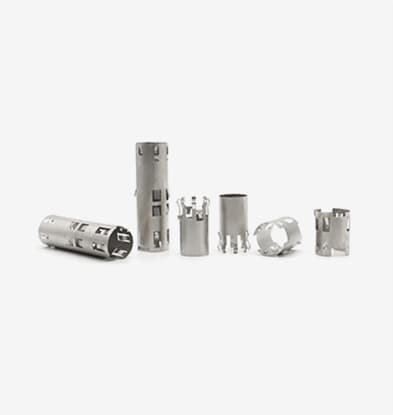