How Are Metal Bending Parts Processed? How is the Processing Technology?

Bending parts are often seen in machining production, such as completing V-shaped, U-shaped metal parts. In common cases, there are two methods for metal bending, one is die bending, and the other is bending machine bending. The former is suitable for complex structure, small volume, and large-scale processing. The latter is suitable for processing structures with large structure size and small output. For the processing technology of bending parts, let's introduce it to you in detail.

Free bending is a commonly used method in production. Free bending mainly uses the two edges at the opening of the die and the edge of the apex of the punch for bending, and the bending angle is determined by the depth of the punch entering the die.

The bending force required for free bending is small, so that the force on the mold is relaxed, which is of great help to prolong the service life of the mold. However, the inconsistency of the thickness and mechanical properties of the sheet will cause certain changes to the bending angle of the metal bending parts.

Three-point bending is that the rounded corner at the entrance of the die made by stamping die suppliers and the surface of the pin form three points, which accurately determine the bending angle. If you want to change the height of the adjustable pins, you can get different bending angles. The hydraulic pad located between the punch and the slider, in order to compensate the deflection of the slider and the table, makes the material contact these three points along the full length of the die during the punching and bending process. 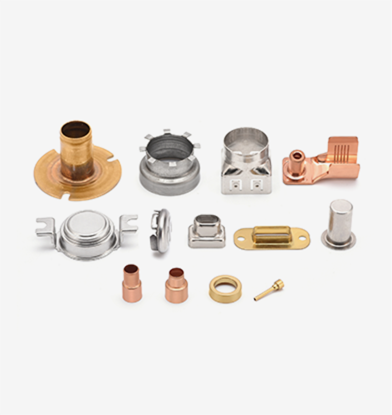 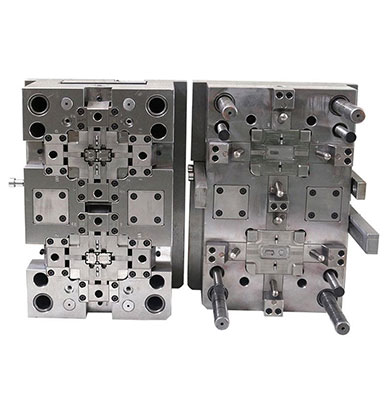 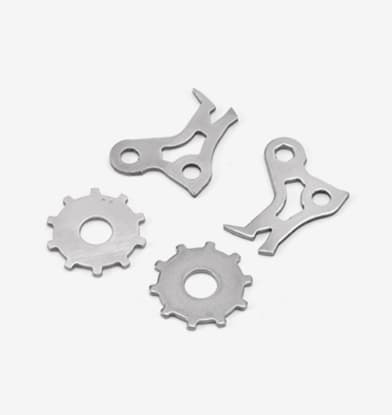